When starting to advertise on Facebook, one of the first things you need to make sure of is to install the Facebook Pixel on your website. The whole process is actually not that complicated when you have the right steps to follow.

So in today’s blog post, we’re going to show you how you can install the Facebook pixel on your Shopify store.

Before we go through the actual steps, let’s quickly explain what the Facebook (Meta) Pixel is and why you should use it.

The Facebook Pixel is a piece of code that you place on your website. Once installed, it collects data and helps you track the actions people take on your site.

Why is the Facebook Pixel important for your Shopify store?

The more data Facebook has on your customer’s behavior, the better is going to optimize your ads. Therefore, it’s crucial that you add the Facebook Pixel to your website as soon as possible.

Once you install the Facebook Pixel you’ll be able to:

Additionally, you will be also able to track many different events such as:

Once you’ve completed the first step, we then need to generate a Facebook Pixel.

Here’s what you should do:

Step 1: From the left page menu, go to Events Manager. 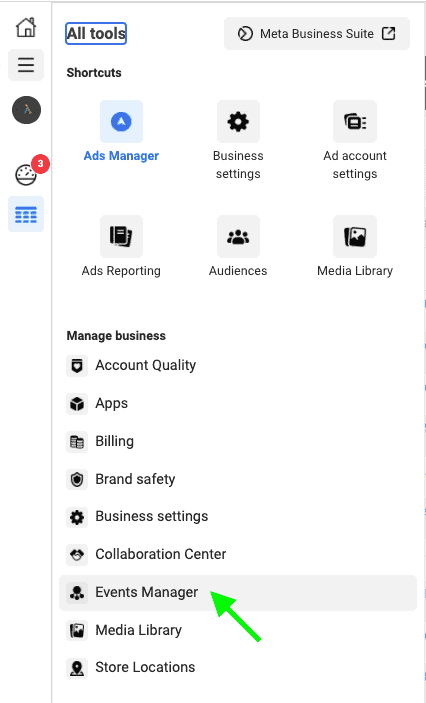 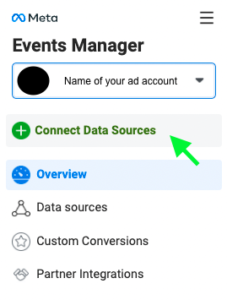 Step 3: Enter a name for your pixel and hit Create Pixel.

Step 5: Next, you’ll see that Facebook gives you two ways to install the Pixel on your Shopify store.

Here we recommend going with the Use A Partner Integration option since it’s the easier one. 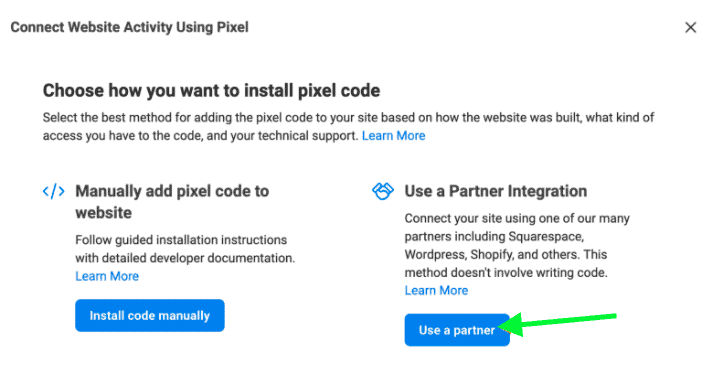 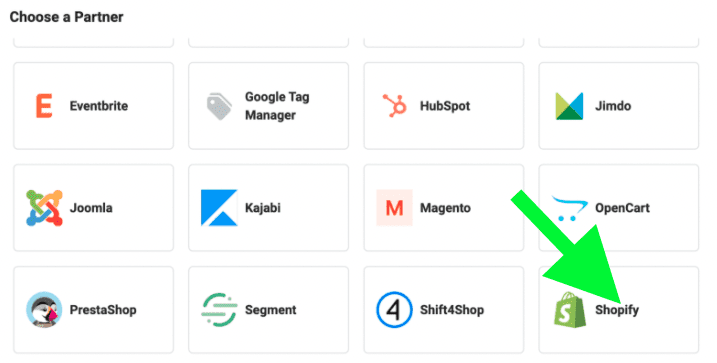 After this step, Facebook will ask you whether you’ve connected your Facebook account with Shopify. Completing this step is also important since you want to track all the events that happen in your Shopify store.

So here’s what you should do next.

Step 1: Log in to your Shopify store and from the main page menu, click on Online Store and select Preferences.

Step 3: Scroll down to the bottom of the page and click on Add sales channel. 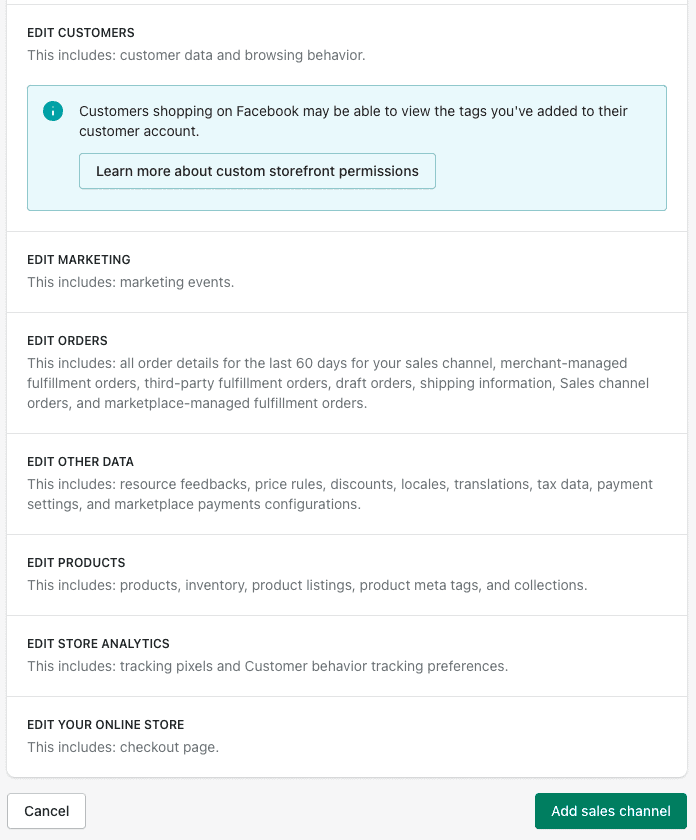 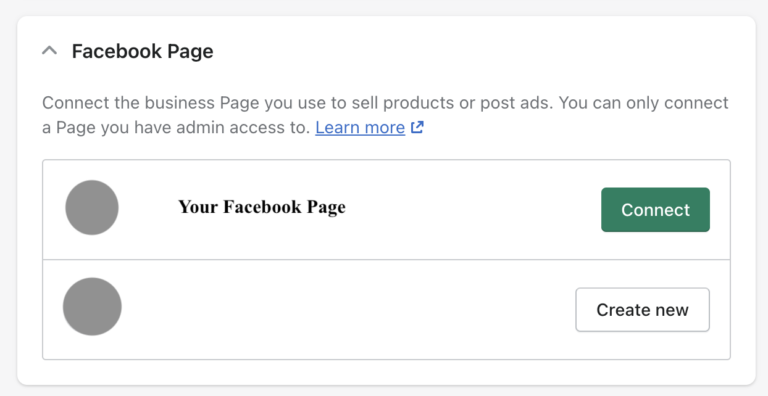 The next step is also important, as you need to set a customer data sharing level so that the pixel collects data correctly.

Then, choose the MAXIMUM option so that your Pixel can collect the highest amount of data. 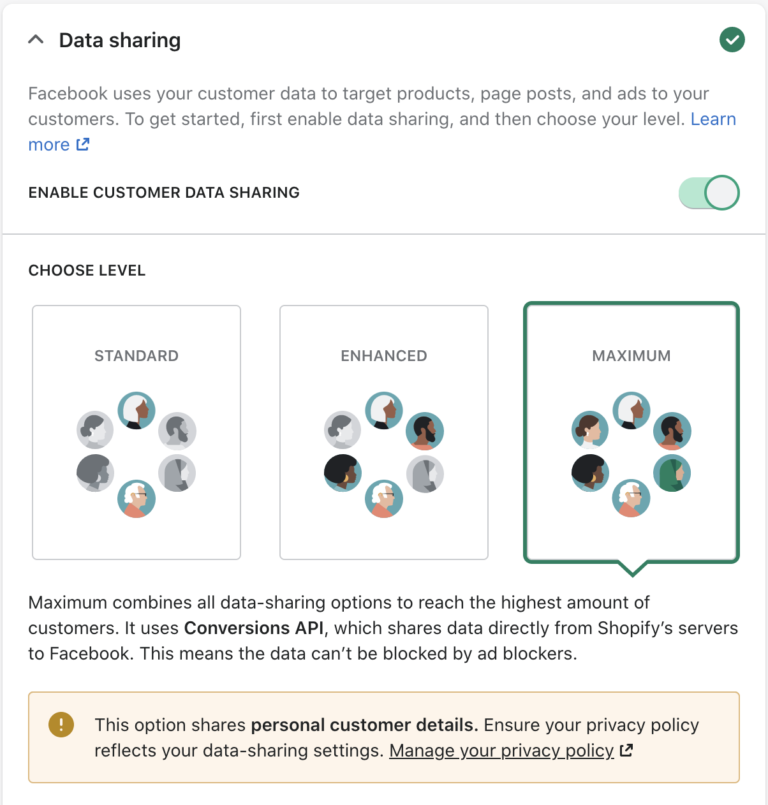 At the bottom of the page, you’ll then see a list of all the Pixels you have, along with the corresponding ID. Make sure to choose the Pixel you want to use and then click Connect.

And that’s it – now you only need to test if your Pixel is firing and working correctly.

How to check if your Facebook Pixel is working?

Before you start running ads, you have to make sure that your pixel is working. The easiest way to do so is by installing a Chrome extension by Facebook (Meta), called “Facebook Pixel Helper”.
Since it’s a Chrome extension, it will only be available on Chrome, so if you’re using Safari or any other browser, you’ll need to install Chrome to use the Facebook Pixel Helper.

Once you install the extension, Facebook Pixel Helper will display information about the event name detected and the parameters being sent.
The green checkmark indicates that the event has been properly implemented. A red error symbol means that there’s a problem with your pixel that you should investigate further. 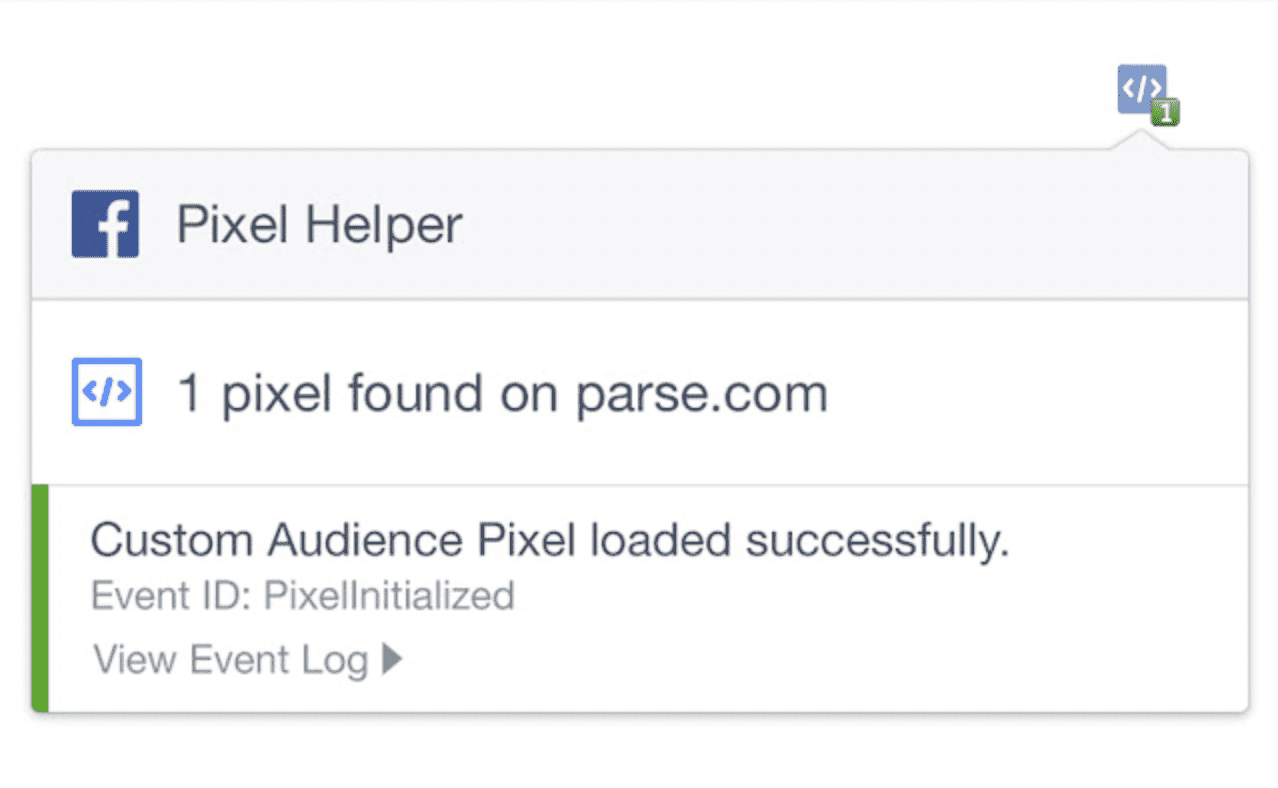 What you shouldn't do when installing the Facebook Pixel

1. Install the Pixel in any other way other than using the native Shopify integration

As you probably know, there are many ways you can install the Facebook Pixel on your Shopify store. One of them is through Google Tag Manager.

Even though some people may recommend Google Tag Manager, we’d say it’s much safer to go with the native Shopify integration.

For example, if you put the pixel code in the theme code, you might double up all of your data if you turn on Shopify sharing as well which will cause your data to be over-reported.

Another thing to keep in mind is that Google Tag Manager is available only to stores on the Shopify Plus plan. So if you’re on any other Shopify plan, we wouldn’t recommend using it.

2. Limit data collection for EU buyers if you’re advertising in the EU

Under the European Union’s GDPR, European customers visiting your Shopify store must give consent before they can be tracked.

When enabled, this feature limits Shopify’s tracking of online store customers and notifies any third-party apps that you have installed in your store to limit their own tracking. So if you’re advertising in the EU, keep this feature deactivated.

3. Track your Facebook purchases with tools that have its own attribution algorithm

Nowadays there are many tools that can track your Facebook conversions. In our experience, it is best to stick with Facebook’s reporting since every app has its own attribution algorithm that is different from Facebook and therefore, can cause reporting discrepancies.

The Facebook Pixel truly is essential for the success of your Facebook Ad campaigns. So if you still haven’t installed it on your Shopify store, we hope that this guide will help you out.

We’re aware that some of these steps might feel a bit too technical, so if you should have any questions, feel free to reach out to us at [email protected]

For more blog posts on Facebook advertising, make sure to visit our blog and subscribe to our newsletter. 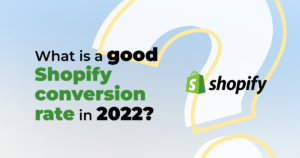 What is a Good Shopify Conversion Rate in 2022? 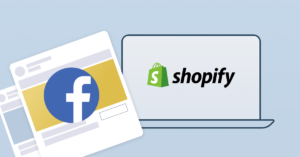 How to Run Facebook Ads for Your Shopify Store 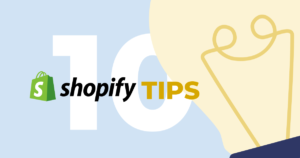 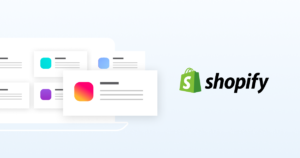